We recently attended the Property Council of Australia’s Office Market Report breakfast. The office market report (OMR) is an important piece of research which is released every 6 months and has been sponsored by Liberty Flexible Workspaces for the last 7 years.

Our Commercial Director, Paul Miller, welcomed the 350 strong audience to the event and dispelled some of the myths around what the coworking phenomenon is.

His welcome address explained that ‘Flexible Workspace’ is a 40-year-old industry that has re-positioned itself in recent years.

“Flexible Workspaces are no longer full of small businesses or seen as a last resort by corporate occupiers, they are now an integral part of any corporate real estate strategy” he added.

Perth’s office market has registered a strong start to the new year, with the latest Office Market Report from the Property Council of Australia revealing the CBD office vacancy rate has dropped to 18.5 per cent in the six months to January 2019.

The figure represents a 0.9 per cent fall from the July 2018 result, and marks the first time the benchmark CBD vacancy rate has fallen below 19 per cent since July 2015. 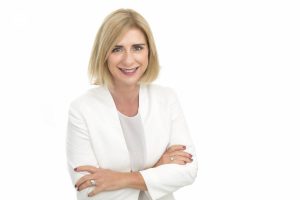 “The January report has shown the benchmark CBD vacancy rate has continued its downward trajectory, and is now at the lowest point it’s been in over three years,” she said.

“When you consider there is no new office space officially in the pipeline for the Perth CBD after 2019, and business and economic sentiment is once again lifting, the signs for the office market and the broader industry are encouraging.”

A total of 55,000sqm was added to the CBD market over the period, with a further 70,897sqm due to come online this year. No additional new space is in the pipeline in the medium term.

The West Perth office market also saw improvement over the period to January, with vacancy falling one per centage point to 14.8 per cent, underpinned by positive demand in the A Grade sector.

As with the CBD market, there is no new office space in the pipeline for West Perth for the medium term after this year.

“There’s no question the broader Perth office market has experienced a difficult few years, but we are now seeing a steady decline in the vacancy rate and we’re moving in to a market where new supply will be limited and economic indicators are positive,” said Ms Brewer.

“At the same time, our market has diversified – rather than pinning leasing activity and activations to any one sector, building owners are actively exploring new uses and tenants for their assets.

“The CBD is now home to student accommodation, cinemas, and major new retail, office and lifestyle hubs, and that increased vibrancy and activity is good news for our city and for our office market going forward.”