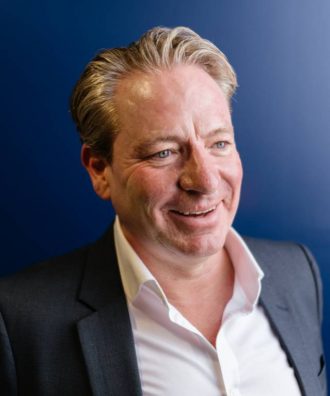 Where are you from?

Paul was born in Newcastle in the North of England but moved to Berkshire in the South of England in the late 70’s. He lived from time to time on the east coast of Australia in his early years and attended school there where he got his love for Australia. Whilst all his family were in aviation Paul decided from an early age that this was not for him and found he really enjoyed acting and performing on the stage. At the first opportunity he got he went to drama college in Maidenhead where he studied and did many shows with Kate Winslet who was also living very close to Paul so they used to share lifts to the theatre. After some small TV appearances on talent shows and the Saturday night “Blind Date” programme he went overseas and worked in Spain for 5 years as a holiday rep and soon moved up through the ranks, but could never give up his slot at hosting the cabaret every Saturday.

Following that he returned to the UK where he joined MWB Business Exchange where he remained for nearly 10 years moving up through the sales side of the business. During that time he became good friends with the owners of Officebroker.com who were setting up the Asia Pacific side of their business, and they persuaded him to head up their Asia-Pac office as Paul was moving over to Perth with his family.

After just over 4 years with Officebroker.com the opportunity came up to work for a serviced office provider again and having such a good insight into how they all operate it was not a hard decision to choose Liberty for many reasons.

Where are you from?

Icy cold water in the morning & icy cold beer in the evening.

“I clap my hands every morning and say, this is gonna be a great day” – Dicky Fox (Jerry Maguire)

What makes you laugh?

Little known fact about you?

What you love about Liberty/your job?

The people I work with.

What did you last do for a customer that went the extra mile?

Put up their white boards in their office

If you were an animal what would you be and why?

Tiger because they are so majestic and when one comes in range other animals take notice.

Favourite place you have visited anywhere in the world?

Cancun – Mexico because of the diving.

Spicy Asian food as well as a good Steak.

Have you met anyone famous?